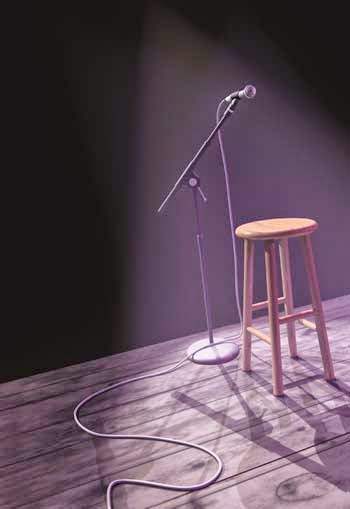 Join WISE WOMEN MEDIA for news, current events, politics and any subject you want to talk about tonight!

We are broadcasting LIVE from 10PM EST until 11PM EST and taking your calls!

WE WANT TO HEAR FROM YOU!

LINK TO SHOW (and ARCHIVED SHOW after the LIVE BROADCAST): http://www.blogtalkradio.com/here-be-monsters/2014/11/29/wise-women-media-112814-call-in-show-with-anita-stewart

I will be playing news clips, speaking on some of the current events of the day, taking calls and doing some music.

Greens may take many stances on the unjust laws that leave killer cops unaccountable for murdering black youth and the harsh occupation of black communities that often amount to enforcing poverty and deprivation. I think we can agree we must resist the logic of having local police departments acting as surrogate occupying armies defending ‘social order’ against popular demands for social justice. For the larger public, harsh conditions are commonly masked with the barbarous social Darwinist narrative of “opportunity” (indicating some “few” actually could have some “hope”… but the rest are doomed). However, that narrative fails to pacify a population who knows quite well most won’t be permitted to escape those conditions via so called scarce “opportunities”. We live in the kind of economy that suggests that we can work to provide for ourselves and stay out of poverty but operates within two realities regarding “work” that make that a ridiculous notion. One, there aren’t enough “jobs” to employ everybody out of poverty. Two, a growing number of available jobs fail to compensate people out of poverty… even if you can get one of those jobs at poverty wages (aka: the working poor).

It’s a trap, and people know it. So how do we change that? One may get seduced by the typical “liberal” stance to “reign in” the excesses of police brutality but maintain the premises of how it operates (poverty and occupation). Those are the types who are advocating a peaceful “occupation” (similar to the narratives Palestinians are subject to under the inhumane conditions of their occupation). Progressives have to reject that as we recognize poverty as a form of violence and occupation as a form of ‘structural violence’.

It’s easy to see where my moral compass points. Rather than making the injustice itself a little more bearable (aka: the “liberal” concession), we need to explore what a more “just” solution might look like. It was proposed, by Black leadership, that one solution would be Black Community Control of the Police. That’s a quite reasonable solution! For Greens, it’s easy to see how that is completely in-line with our Ten Key Values.

Let’s take a look at a two of those:

GRASSROOTS DEMOCRACY
Every human being deserves a say in the decisions that affect their lives and not be subject to the will of another. Therefore, we will work to increase public participation at every level of government and to ensure that our public representatives are fully accountable to the people who elect them. We will also work to create new types of political organizations which expand the process of participatory democracy by directly including citizens in the decision-making process.

– Black Community Control makes the Police accountable to the community it should be ‘serving’. This directly expands the process of participatory democracy.

DECENTRALIZATION
Centralization of wealth and power contributes to social and economic injustice, environmental destruction, and militarization. Therefore, we support a restructuring of social, political and economic institutions away from a system which is controlled by and mostly benefits the powerful few, to a democratic, less bureaucratic system. Decision-making should, as much as possible, remain at the individual and local level, while assuring that civil rights are protected for all citizens.

It’s a start and a good one. It’s not the “end” as we remain confined by the political duopoly of the imperialist bipartisan neoliberal regime that manages poverty and resists progressive attempts for eradication of poverty and increasingly is criminalizing dissent as well as those subjected to the violence of poverty itself. It’s a rational response to the police state and I encourage all greens to support efforts, under black leadership, who seek redress of their grievances.

WHY SUPPORT THE BIG BOX STORES LIKE WALMART WHEN YOU CAN SUPPORT MY PLACE IN RECOVERY THRIFT STORE AND HELP OUT MEMBERS OF THE HOMELESS COMMUNITY, RECOVERING ADDICTS, AND NEEDY FAMILIES!!? Please join us for a community BQ for FREE and discounted or best offer household items, clothes, Furniture, and other items at My Place in Recovery Program, Thrift Store, and Drop In Center.

My Place in Recovery Program, Thrift Store, and Drop In Center in Cooperation with the Poor People’s Economic Human Rights Campaign and The Refuge are seeking support for homeless folks, the poor of our community, and those recovering from addiction. We are in need for 50 Turkeys and all the fixings for Thanksgiving, and also 50 Turkeys and all the fixings for Christmas, plus Christmas gifts for 15 needy families. If you are interested in helping, please contact us. We are also in need of 100 blankets and 200 ditty bags with hygiene items in it. Checks can be made out to My Place in Recovery Faith Community, or the items can be brought to My Place in Recovery at 1655 16th St. South, St. Petersburg, Florida 33705. All checks can be mailed to that address and Cash or money orders can be dropped off at that address. For more info on how you can help please call 727 278 1547

PLEASE JOIN US FOR A SPECIAL EDITION OF THE REVOLUTIONARY ROAD RADIO WITH SPECIAL GUEST, BOBBY SEALE CO-FOUNDER OF THE BLACK PANTHER PARTY FOR THE ENTIRE HOUR OF OUR SHOW. WE WILL BE TAKING PHONE CALLS. REMEMBER OUR NEW TIME OF 10PM

WE WILL, OF COURSE, BE JOINED THIS MONDAY BY HIP HOP SENSATION KROWN DEON, AND HOUSING RIGHTS ACTIVIST CONNIE BURTON, AND YOUR TRULY THE REV. AND MY PARTNER BARBARA. ALSO WE ARE LOOKING FOR ADVERTISER/SPONSORS FOR SHOW. IF YOU ARE INTERESTED CONTACT US AT 727 278 1547 or bgcwright@aol.com

THE REVOLUTIONARY ROAD RADIO SHOW, A Production of the Revolutionary Caucus and Squatter Records, IS A RADIO SHOW COMMITTED TO PROMOTING REVOLUTIONARY RADICAL IDEAS THROUGH POLITICAL ENGAGEMENT, DISCUSSION, MUSIC, ART, AND CULTURE. HOSTED BY REV. BRUCE WRIGHT AND HIP HOP ARTIST KROWN DEON. WITH SPECIAL GUEST CO HOST, HOUSING RIGHTS AND COMMUNITY ACTIVIST CONNIE BURTON. WE BROADCAST THE 2ND AND 4TH SUNDAYS OF EACH MONTH AT 10PM ON AM 1340 TAN TALK. WWW.TANTALK1340.COM. IN ADDITION TO BEING ON THE WORLD WIDE WEB, WE WILL BE SIMULCAST ON 2 OTHER AM STATIONS, PODCASTED, LIVE STREAMED AND BROADCASTED ON YOUTUBE. And it has a download app. by going to tan talk website. EMAIL US FOR DETAILS OR GO TO WWW.TANTALK1340.COM]] FOR DETAILS.